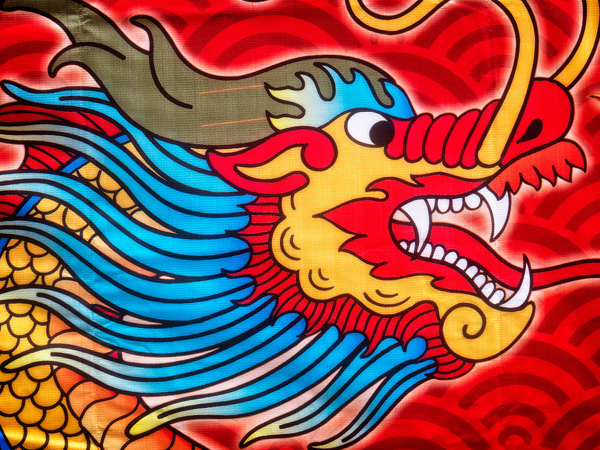 The man’s skin showed he hadn’t been dead long — maybe a day — and Sekia recognized him. He was Darhold from Manner’s Ford. He had come for the king’s bounty and had his legs torn off instead.

Sekia’s own legs trembled, her spear and shield heavy in her hands, as she stepped over half a dead man. She stared up the rise leading to Rothalvor’s cave. Her brother’s armor felt too big for her, and its worn padding chafing her skin, but it was warded and fireproof — or so he claimed, before he died in it.

Collecting the king’s bounty on Rothalvor would never bring her father and brother back, but it would make her feel better about losing them. Maybe. The thought that she might die and make her mother’s grief worse hadn’t seemed real until this moment, as she stared at half of Darhold and wondered where his other half had gone. Probably devoured. Probably dragon shit by now.

She should go back. She should tear off this armor and sprint away like a startled rabbit. She should, but she wouldn’t. Sekia was here to kill a dragon, and running away while tearing your own armor off wasn’t how you did that. The comforting words of old Mayer, the retired constable who trained her with bows and spears, echoed in Sekia’s mind.

Shield toward your opponent, always. Stay low. Walk no matter how much you want to run. Only throw if your opponent is running straight at you.

Walking, not running, meant it took her a good while to reach the entrance to the cave. Sekia braced herself for a deafening roar as she crossed the threshold, a burst of fire that would heat her brother’s magically-warded armor as she crouched, teeth gritted, behind her shield. No roar or fire came, and she knew then how Rothalvor planned to kill her.

He was going to make her walk herself to death.

Sekia walked as the cave descended and water dripped. She walked until she found the great dragon Rothalvor curled around a pile of treasure. The dragon was a winding tree branch of endless brown scales. He might be a snake, if he wasn’t long enough to wrap around her house three times over. Rothalvor opened one foggy yellow eye and snorted.

That single eye rolled as steam rose from the nostrils in the dragon’s triangular head. That eye watched her as she advanced, cowering behind her shield. The dragon was practically daring her to throw a spear she knew, now, would bounce right off those thick scales.

“Well,” Rothalvor said, in a voice that grated like rocks over other rocks. “Get on with it.”

Sekia had not known the dragon could speak like a human — the bounty didn’t mention that — and his greeting startled her. She slipped as she stepped onto a carpet of gold coins of countless sizes and shapes. She kept her balance just well enough to not completely drop her shield.

The cavern shook as coins bounced in all directions. Rothalvor slithered off his giant pile of treasure, an avalanche of teeth and steam and scales. Sekia dropped to her knees, planted her shield, and set herself to throw.

Rothalvor skidded to a stop ahead of her and reared up, towering over her. A single black scale below his head fell open, revealing a red and beating heart. “Throw well, human.”

Sekia didn’t toss her spear. She wanted to, desperately, but none of this made any Gods damned sense. She hated things that made no sense, which is why she had done so poorly in philosophy.

“You…” Sekia hated how small her voice sounded. “You want me to kill you?”

“Dense,” Rothalvor agreed. “You humans always did strike me as dense.”

“You killed my father.” Sekia’s voice grew. “You charred him and my brother like mutton, you sick, sadistic, wormthing!”

“Yes, yes, I murdered your family.” Rothalvor stomped one back foot, and more gold coins tumbled like sand down a dune. “As your hunters slaughtered my daughter. What of it, human? We all kill. Get killing.”

Sekia could not throw until she understood. “Your daughter?”

Rothalvor roared a deafening roar. Some of his black blood spattered her armguard, steaming and hissing, and Sekia shrieked and tumbled over backward. She struggled with the armguard, tearing off one glove and then tearing at the straps. Her warded, unmeltable armor melted. She ripped the armguard off just in time to avoid losing her arm.

“There.” Rothalvor shuddered as his body collapsed like a sock kite falling to earth. “Well tossed.”

Sekia rose, trembling, and threw down her shield. It was obvious she didn’t need it any longer. She shouted the words that had been clawing their way up since the dragon first spoke. “Why did you want me to kill you?”

“My Aranara was a crown jewel among dragons, the best of us, graceful and sleek and pure. She was meat to your king’s hunters. They lured her in and slaughtered her like a common pig.”

Sekia knew then that might be true. She knew her father and brother died on a noble mission for a king. She knew Rothalvor killed them — knew, because a few survivors told the tale — but she also knew the king’s men triumphantly killed another dragon that day, a smaller dragon, an ally of Rothalvor’s. Or his only daughter.

“Your king,” and Rothalvor coughed blackish blood, “believes he no longer needs us. He believes he can have all his treasure back, that blind fool.” Rothalvor’s body shook as he laughed. “Stupid humans.”

“I’m stupid?” Sekia trembled with rage that felt misdirected. “I’m not the one with a spear in my heart!”

“Fraust is coming for you,” Rothalvor whispered. “So long as I lived, I balked him. That was our pact, mine and your king’s, until your king’s greed overcame his common sense. When I die, my territory dies with me.”

“Fraust?” That name squeaked out of Sekia’s mouth, because it was a name few dared speak aloud. The refugees from the northern kingdoms whispered the great ice dragon’s name like a curse. The king assured them Fraust was a dragon of pure ice, unable to tolerate the southern climate, and Sekia believed their king, then.

Sekia did go, eventually. But the walk home took a whole lot longer than the walk to the cave.

Sekia squinted and wrapped the pillow around her ears. Her fresh bed in Mayer’s all but empty inn felt harder than she liked.

It was that annoying girl who worked for Mayer, Ane something. Anebel or Anebeth. Sekia would remember if her head wasn’t pounding from last night’s mead.

“Come look!” Anesomething grabbed Sekia’s hands and pulled her from the bed. “It’s a miracle! You’ve brought a miracle down upon us!” Gods, this woman could haul a horse around.

“What?” Sekia blinked as reality suffocated her.

What happened last night was no dream. Rothalvor was real. That spear in his heart was real. His horrifying last words were real, but they were just a hateful lie to taint her victory, a bluff from a defeated foe.

Ana-whateverhenamewas dragged Sekia off. She followed, but only because fighting might send them both tumbling down the stairs. They burst from the inn together, and Sekia only then realized she was still in her smallclothes. Goosebumps rose on Sekia’s arms.

“It’s a miracle,” Mayer whispered, staring up at the cold gray sky. He lifted a hand and caught one of the many glittering snowflakes descending from the heavens. “Your miracle, Sekia.” Mayer smiled, proud as her father might be if he was still alive. “The Gods cry over your victory.”

As the goosebumps spread, as Sekia stared up at falling snow in the middle of a warm summer, a chill took her. That great chill was colder than knowing how her father and brother died. It was the chill her mother, her village, and her kingdom would all feel soon, as they froze and died together.

And Sekia couldn’t even find the tears to cry.

I’ve actually never written a single story about dragons, before this one. They’re one of the most iconic creatures in fantasy, and that may be why I’ve shied away from them for so long. It just feels like everything that can be done with dragons has been done with dragons, but dragons was our writing prompt, so I did what I could with it!

Ultimately, this story came together very quickly once the name of the great ice dragon popped into my head (Fraust, LOL) and once I hit upon the idea dragons of staking out their territories (or losing them to other dragons, upon death) Rothalvor’s vengeful plot became clear.