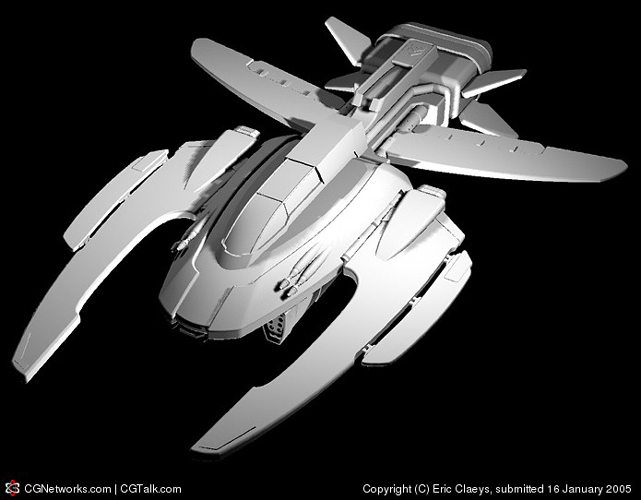 When the enemy bombardment finally stopped, it left Captain Diego Harker’s scout ship drifting in the void. He ran his hands through his black hair and waited. They had evaded the enemy fleet. Now, they had to warn their own.

“Give me our energy reserves.” Together, their shields and engines had burned unprecedented mass. His ears still rang from the impacts, but they were alive.

Without the shielding from their universal reactor, any further impact would turn their ship to scrap. That had been a big enemy fleet. “Suggestions?”

Laster spoke first. “We can burn anything for fuel, right? Let’s burn our rations.” He was nineteen, fresh out of gunnery school. He shaved his head to look like Carter and that pissed Carter off.

“That much mass would get us two burns.” Carter steepled his meaty fingers. “Three, if we’re lucky.”

“Not enough.” Woo rubbed at his eyes. The math to elude the enemy fleet had almost finished him. “To hit the archway we need at least thirty, and what would we eat?”

“Each other,” Laster quipped. No one laughed.

“What about our bulkheads?” Woo asked. “Can’t we pull off some scrap?”

“You pull anything off the inside of this ship, you’ll kill us all!” Mainard was a good engineer, but he had a temper. “We’re built lean. Nothing here can burn.”

“If we don’t close the archway,” Diego reminded them, “the Imps will bombard Ariadne and God knows who else. Woo, how’s our path on the arch?”

“What path? We can’t path without mass.” Sweat glistened on Woo’s forehead. “With the frequency this particular archway jumps around, we’ll never hit it.”

“So we guess,” Carter said. “Burn once a day, split the difference between the archway’s position today and tomorrow.”

“Do it,” Diego ordered anyway.

“We need more mass.” Carter chewed. They both knew what that meant.

Diego saw no other options. “I’ll tell the crew.”

“At the cost of Ariadne?”

“I’m not feeding anyone to this ship without explaining why. I’ll lead by example.”

“I’m not killing my crew in their sleep!”

“They’ll understand when it’s over.”

“We’ll draw straws.” They broke the news on the bridge when they rationed out that day’s water.

Woo had already figured it out. Mainard looked like he was going to blow chunks, but he didn’t. Laster was oddly introspective about the whole thing.

“You said we needed thirty.”

“Enough.” Diego held out the straws. They were actually strips of Crack-Seal. “If the Imps were gunning for your families, would you give your lives to stop them?”

Woo nodded. Laster did too. Mainard didn’t. “There has to be another way.”

“Name it.” Diego waited a bit.

Carter drew the short straw. If mutiny was on the crew’s mind, Diego trusted no one else to watch him while he slept. They all went to the reactor room together.

“I’ve got a daughter,” Carter said before he stepped inside. “On Ariadne’s moon.”

“Didn’t matter then. Her info’s in my file. Tell her I died saving the universe.”

Carter’s body bought them nine burns. Diego didn’t sleep that night. No one tried to kill him.

Now two days from the archway, Diego conferred with Woo. They had hit forty-two percent. The archway moved that night and Mainard drew the short straw. There was a scuffle.

“You can’t do this!” Mainard shrieked. It took Laster and Woo to muscle him to the reactor room. “It’s murder!”

“I’m sorry.” Diego snapped his holster open and made his face a mask.

Woo lost his grip and Mainard got an elbow free. He almost took Laster’s head off before Diego shot him in the face. Mainard’s body bought them nine burns.

With one day left, they got lucky – seventy-four percent on the archway. Laster pushed away the straws.

“You don’t need me.” He was too calm for nineteen, too ready to die. “You need command and navigation.”

Diego shoved them at him. “Draw a straw.”

“I’m married too, sir. The Imps will bomb her back to the dark ages.”

“Captain.” Woo grabbed his hand. “We’re close, the math is simple. You do the burns. I’ll draw for you.”

“Put in it my report.” Laster held Diego’s eyes.

Laster bought them nine burns, close enough to warn the archway ahead of the enemy fleet. Diego sent his report with a Commendation of Valor for all his crew, even Mainard. Then he sent a message to Carter’s daughter.

As drones towed them in he and Woo sat on the empty bridge. The garrison captain guarding the archway had known Imps were in the system, but no one had known just how enormous the enemy fleet actually was. Retreating through the archway and collapsing it was their only option. That would keep Ariadne safe for decades.

“If this archway leaves the network, it’ll take two-hundred years to get back there at sublight.”

Woo sat back and interlaced his fingers behind his head. “I’m never getting married. Too much to lose.”

“They’re worth it. They’re the reason I can do this.”

“Then I’m having five.” Woo forced a false smile. “If two got you through this, I’m hedging my bets.”

A rescue ship soon docked. They boarded. Together, they went through the archway one last time.

Diego never saw his sons again, but they knew.

The theme for this month was “space opera” and my starting point was actually the Mass Effect series, which is some of my favorite space opera to date. This story spawned from a rather simple language question – “mass effect” is the way “jumping to hyperspace” is described in that game’s universe, but it got me thinking about engines and, from there, engines that use mass. From there, of course, we go to “what if it could burn *any* mass?”

That idea, combined with the knowledge that war of any sort costs lives on both sides led me to take the (extremely literal) approach of soldiers sacrificing themselves in warfare, but not by bravely charging into enemy fire. By literally giving their lives to ensure their ship got home. When the circumstances are desperate enough, I wanted to explore how people asked to literally feeding themselves to a reactor might react, and how the survivors would deal with the guilt.

One thought on “Hitting the Arch”